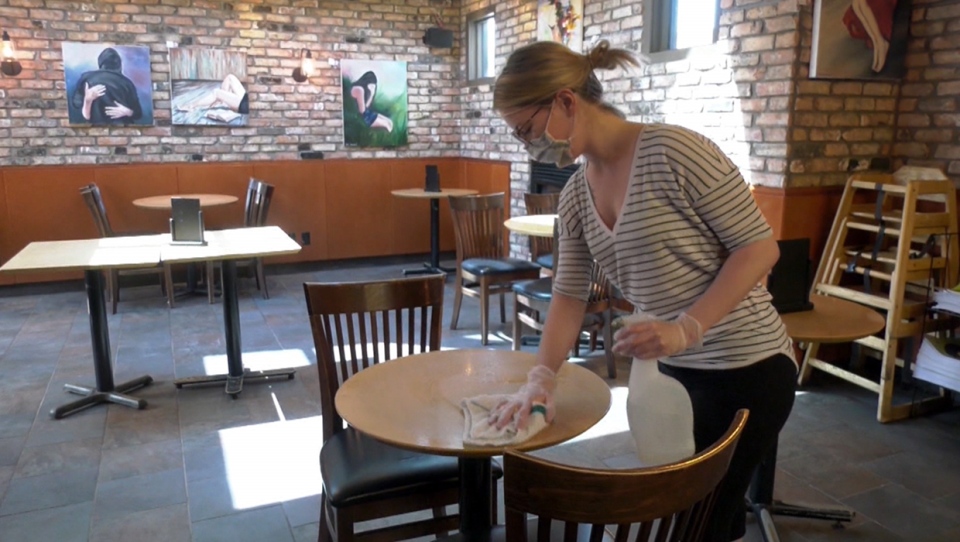 Premier Kenney announced this afternoon that Calgary and Brooks can follow the rest of the Province and restaurants, bars, pubs, and barbershops/salons can open if they choose.

Trudeau reported that in the 10th weekly call between him and the premiers since the pandemic began, the country’s leaders discussed three main elements that need to be in place to support the re-opening of the Canadian economy:

The Prime Minister added that the federal government will work closely with the provinces and territories on all three of these priorities, which he said are vital to not only support the re-opening of the economy, but to also stem the impact of a potential second wave of the virus.

Building on the first priority noted with the premiers, the PM offered an update on a national testing strategy.  He reported that nationwide Canada is testing on average 28,000 people daily, and the federal government is working to increase the number  to a target of 60,000 per day.

Addressing concerns that Canadians may not be aware of what aid programs are available to help their particular situation, Trudeau announced the launch of a new online tool at Canada.ca/coronavirusbenefits. He said that answering a series of simple questions through the tool will generate an array of programs for which people may be eligible.

The Prime Minister ended on a somber tone, addressing racism in Canada during the pandemic, particularly aimed at Asian Canadians — including incidents of vandalism and personal attacks. Trudeau said hate, violence and discrimination have no place in Canada, and thanked those who stand up to and speak out against racism. “To Asian Canadians, please know that we all stand with you,” he said. “We will not let hate divide us.”

Ford announced the launch of a new Ontario Tools Grant program this summer, to help apprentices purchase equipment. An estimated 11,600 Ontario apprentices are eligible to receive:

The government is also forgiving $10 million in outstanding loans owed by apprentices for tool purchases, an initiative Ford says will put $500 back in the pockets of 19,000 apprentices, money they can put towards new tools, safety clothing and manuals.

Noting that some 90 per cent of tourism and hospitality workers have been displaced by the economic shut down, Ford announced a partnership with UNITED HERE Local 75 to launch a Virtual Action Centre. The centre is expected to help up to 7,000 workers in the sector with counselling for mental wellness and stress management, health and safety training for those returning to work, technical skills training, language training, and peer group facilitation and employment preparation through video conferencing.

The centre will be operated by UNITE HERE, a union representing workers in hotels, restaurants, racetracks and casinos, laundry, food service, airport concessions, textile and general manufacturing and distribution centres.