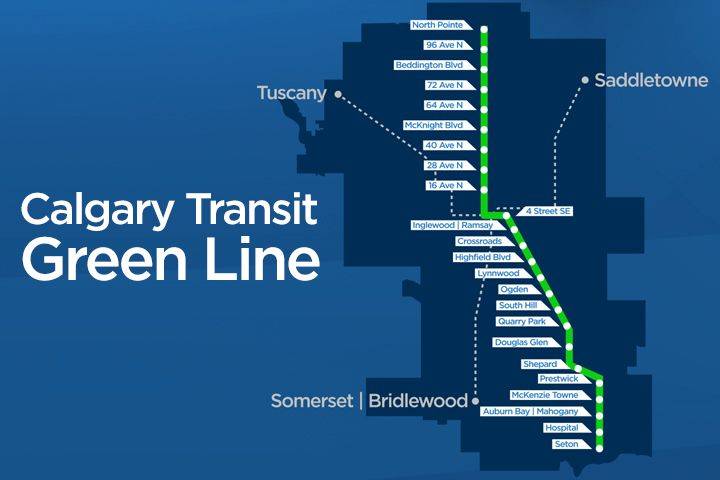 Bow River – The City will be conducting geotechnical field investigation work (drilling) from April 19-27 in the river valley on the northeast side of Prince’s Island Park. Crews will be driving a large vehicle with the drill rig mounted on the back from the staging area in Eau Claire along Riverfront Avenue at 2 Street S.W., into the river valley.

Ogden community – Geotechnical drilling is tentatively scheduled along Ogden Road and the surrounding area for April 21-24.

Ogden Landfill – Geotechnical field investigation work (drilling) is ongoing in the Ogden landfill area until the end of the month.

Beltline to Ramsay alignment –Administration will be hosting public stakeholder sessions in Ramsay on May 4 and 6.

Property discussions – Meetings with potentially impacted property owners are ongoing in the north and the Beltline to Ramsay areas.

Green Line at Council – Green Line reports from Transportation and Transit, Planning and Urban Development and Community and Protective Services were approved at Council on April 11.

9 Avenue N Station – Administration attended a community meeting at the Crescent Heights Community Association on April 10. The event was intended to discuss the potential recommendation to combine the 9 Avenue and 16 Avenue N stations. Attendees at the meeting were split on the benefits/challenges of a 9 Avenue N station, but indicated that there is a strong desire to improve the urban realm on Centre Street.

Southeast – A series of enabling work projects are being developed for execution in 2017 and 2018. Initial projects will lay the foundation for the future Green Line and will include demolitions, utility relocations along southeast alignment, heavy rail projects, environmental remediation, transit improvements and good neighbour initiatives. Funding was announced for this program in December 2016 from the Province (GreenTRIP) and Federal government (Public Transit Infrastructure Fund Phase 1). Further information will be provided as projects become finalized.