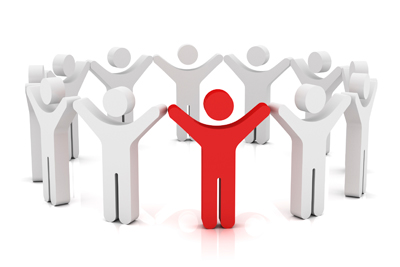 To officially kick off the sesquicentennial year, The City of Calgary is hosting a spectacular New Year’s Eve celebration on December 31st.

This event is the first one of the year in which The City of Calgary is proud to partner with the federal Department of Canadian Heritage.  The federal government has provided funds to enable Calgary to host celebrations for the whole of Southern Alberta, commemorating Canada’s 150th anniversary of Confederation in 2017.

A media event was held yesterday to announce the event, and citizens were invited via The City of Calgary Facebook page and Twitter accounts. Information has been made available at both calgary.ca/canada150 and calgary.ca/nye and has also been given to 311 operators.

Activities indoors and outdoors begin at 7 p.m. and will carry through to midnight with fireworks off  the municipal building.  Inside, young families won’t want to miss the glow-in-the-dark dance party at the Municipal Building complete with crafts, bouncy castle, stilt walkers, Olympic medallists, a magician and a kids’ countdown at 9 p.m.  Outside, Olympic Plaza will be illuminated and animated with family skating, live ice carvings, fire spinning, an ice slide, and creative light-based art installations.  Attendees can get their photo taken at the Canada 150 sculpture, then see their image on the big screen during the stage show.  Musical entertainment will be provided  by top Calgary DJs, Cowtown Opera will sing from the rooftop of Arts Commons and Canadian rock band 54.40 and Calgary’s own Eve Hell and the Razors will take to the stage on Municipal Plaza with live performances.

Mayor Nenshi will lead both the indoor countdown at 9 p.m. and the midnight countdown to the fireworks – which will be broadcast live on CTV.

In order to accommodate the event and ensure public safety, the west lane of MacLeod Trail North will be closed between 7th and 8th avenues starting at 10 a.m. on December 29th to 8 p.m. on January 2nd. A full closure of MacLeod Trail will begin at 6 p.m. on Dec 30th to 8 p.m. on Jan 1st. CTrain service along 7th Avenue will not be interrupted. Bus services will be detoured to avoid road closures.

The City has notified downtown businesses within the 100 block of 8th Avenue SE of the road closures and the anticipated crowds attending the event. In addition, coffee shops and restaurants in the surrounding area have been notified to prepare for extra customers that evening.

We hope you, your families and constituents can join us downtown on December 31st as Calgary kicks off Canada 150, a year of celebrations to honour our country’s history and heritage.