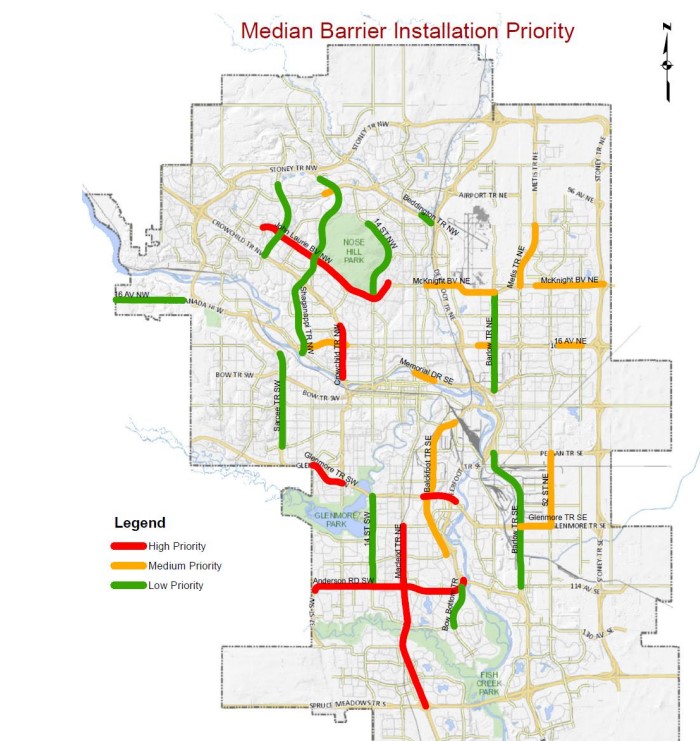 Why is the City of Calgary installing median barriers?

Please read below memo on installations of median barriers:

Why is the City of Calgary installing median barriers?
With a number of recent national, provincial and city wide initiatives and targets developed in reducing traffic fatalities and serious injuries, the City of Calgary has made efforts to achieve these ambitious targets. City of Calgary’s Safer Mobility Plan strives to reduce fatal and injury collisions in Calgary roadways. Cross median collisions are generally of a high severity, often resulting in serious injuries or fatalities. Despite efforts to reduce such high severity collisions, a number cross median collisions continue to occur throughout the City in recent years that have sparked the discussion on the adequacy of the existing median barriers on Calgary roadways. In light of these collisions, a review of existing median barriers on roadways with speed limit 70 km/h or higher was undertaken few years ago with the aim to determine the current state of median barriers and to identify new locations that warrant the installation of median barriers.
The City of Calgary standards reference the Transportation Association of Canada (TAC) Geometric Design Guide for Canadian Roads (1999) for roadside design. However, the more recent Alberta Transportation (AT) Roadside Design Guide (2007) is frequently used as a reference by designers. The warrant processes
for both of these documents are based on the AAHTO Roadside Design Guide. Alberta Transportation’s Roadside Design Guide (2007) was used for warrant analysis. As per the guideline, a median barrier is recommended if the Average Annual Daily Traffic is greater than 20,000 vehicles and width of median is
less than 10 m. A barrier can be considered for the median width between 10m and 15m.

Why was John Laurie Bv identified for median barrier treatment?
Based on the network level analysis, five roadway corridors: Glenmore Tr SW (Crowchild Tr – 37 St), Crowchild Tr NW (Memorial Dr – 24 St), Anderson Rd (Deerfoot Tr – 37 St SW), Macleod Tr SE (Heritage Dr – Stoney Tr) and John Laurie Bv NW (14 St – Shaganappi Tr) were identified as top priority for median
installation based on the amount of cross median collisions occurred within these roadways. These corridors were ranked based on median related collisions/km. The vehicles either crossed the median and resulted in head on collision with vehicles coming from other direction or ended up somewhere within the median, often striking light standards or other infrastructure. John Laurie Bv corridor between 14 St NW and Shaganappi Tr NW had 41 median related collisions within 5 years (2010-2014). A more recent review of collisions indicated that this pattern continued prior to barrier installation.

John Laurie Bv NW:
Average Annual Daily Traffic (AADT): 42,000
Median width: 5m or less at most of the locations along the JLB corridor

Based on this criteria, median barrier is recommended for John Laurie Boulevard NW between 14 St and Shaganappi Tr NW. Installation of median barriers along most of these high priority roadways have been completed in recent years. The map below indicates all roadways identified for median barrier installation with different level of priorities depending on the number of cross median collisions occurred on these roadways.

How does HTCB compare with other types of median barriers?
There have been a number of researches conducted on the performance on safety and cost effeteness of median ‘High Tension Cable Barriers’ compared to other types of barriers. Following the installation of median cable barriers along Highway 2 and other roadways, Alberta Transportation has compiled a
number of resources for public understanding which seems to be beneficial in this context. In general, HTCBs help prevent serious collisions on roadways by reducing the number of vehicles that cross the median into oncoming traffic. Other benefits include:
o HTCB cables “give” and absorb the impact of the hitting vehicle
o The hitting vehicle tends to travel along the cable barrier until it comes to a stop, resulting in less
damage to the vehicle, and fewer severe injuries to vehicle occupants
o Most vehicles that strike the HTCB are able to drive away:
Here are the links to the resources that explain how these cable barriers perform compared to other barriers for motorcyclist safety:

Why were two rows of cable barrier installed along John Laurie Bv NW instead of one along the median? The installation of median cable barrier follows the technical specifications provided by the Alberta Transportation roadside design guide. In general, one side of installation should be adequate if the roadway is flush (at the same level) with a shoulder and has adequate space for the barrier to deflect the vehicles in case they happen to hit the barrier. More information about roadside design for errant vehicles relative to curb conditions is available in Chapter H-4 of the Alberta Roadside Design Guide.
Roadside design guide [Current] – Open Government (alberta.ca)

John Laurie Bv is a unique situation where the median is in a slope and the roadside has vertical curbs instead of a flush shoulder. If a vehicle hits a curb, it has tendency to vault to the other side of the roadway. Providing the cable barrier on one side only or along the center of median would not be adequate to contain the errant vehicles in this context 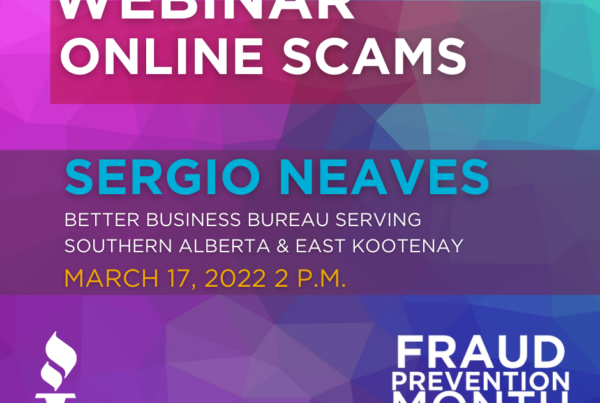